The Star Edwards Heart Valve came at a time when no recorded patients had lived past three months with a prosthetic valve in the mitral position.

Lowell Edwards had already  a successful engineering career when he began working with Albert Star to create his biggest achievement yet. Lowell Edwards was born in 1898 in Newberg, Oregon, a town established by his grandfather Jesse Edwards. He earned his degree from the Oregon Agricultural College with a degree in electrical engineering. He went on to have a widely successful career with numerous inventions under his belt by the time he retired in 1947.

Over ten years later, his path would cross with Albert Starr. Historical Perspectives, by Annette Matthews, quoted Star, who described his first meeting with Edwards by saying, “He was well versed in hydraulics and believed that the heart could easily be imitated. I thought he was 30 years too soon, and I convinced him to work on one valve at a time.”

Two years from that first meeting, Star would complete his first operation with the prosthetic manufactured by Edwards. The Edwards design was simple, a ceramic ball within a metal cage that would be pushed up and allow blood to flow through in the correct direction but would block blood from moving backwards in the valve.

In 1960, a young woman with a severely damaged mitral valve was recommended to Star by Herbert Griswold, the chief of Cardiology at the University of Oregon Hospital.

Star replaced her damaged valve with Edwards’ design and her initial cardiac function worked perfectly. However, 11 hours after the operation, she died suddenly when air trapped in her left atrium embolized to her brain.

This tragic turn of events disheartened Star and Edwards, but they were extremely optimistic about the valve’s performance in those initial hours after the completed surgery. So they continued on with hope, as prior to the complications post-op, the valve did, in fact, work as it was designed to.

Four weeks later, Starr inserted another valve prosthetic into another patient. This time the patient saw a complete recovery and a return to normal life. This became a strong testament to the efficacy of the prosthetic.

A year later, on March 21, 1961, Starr and Edwards presented the results of their first eight patients to the American Surgical Association. Five patients who had terminal heart failure were able to return to normal life after receiving a Star Edwards Heart Valve. The manuscript that was published following this presentation would be one of the top 100 medical manuscripts published in the 20th century.

With the success of the valve now known, demand for them grew. Edwards decided to open a business, Edwards Laboratories, that would produce high-quality productions of his design. The demand for the valves grew rapidly between 1962 and 1963 and Edwards faced problems with being able to maintain reliable production.

Nevertheless, Edwards and his colleagues were committed to producing high-quality products and persisted through the challenges. Their commitment to quality would pay off, as medical documentation shows at age 60, a woman had a Star- Edwards prosthesis explanted that had functioned properly for fifty years. This would be the longest period free from valve dysfunction ever reported.

“Most prosthetics only last 10 or so years due to problems with calcification,” said Young Bok Abraham Kang, assistant professor of biomedical engineering at George Fox University.

The Edwards Star design is still used today but has been improved upon as science has advanced to find better materials than the original ceramic, which can crack, or the metal, which can rust.

“The mechanical function is excellent, the physiological design is not ideal as the heart doesn’t have this ball and cage design,” said Kang.

As medicine advances, Kang predicts heart valve replacement will move further in the direction of syntenic or animal tissue. Still, the Star- Edward heart valve is still marked as an extremely notable advancement in medical prosthetics that has provided lifesaving treatment for numerous patients. 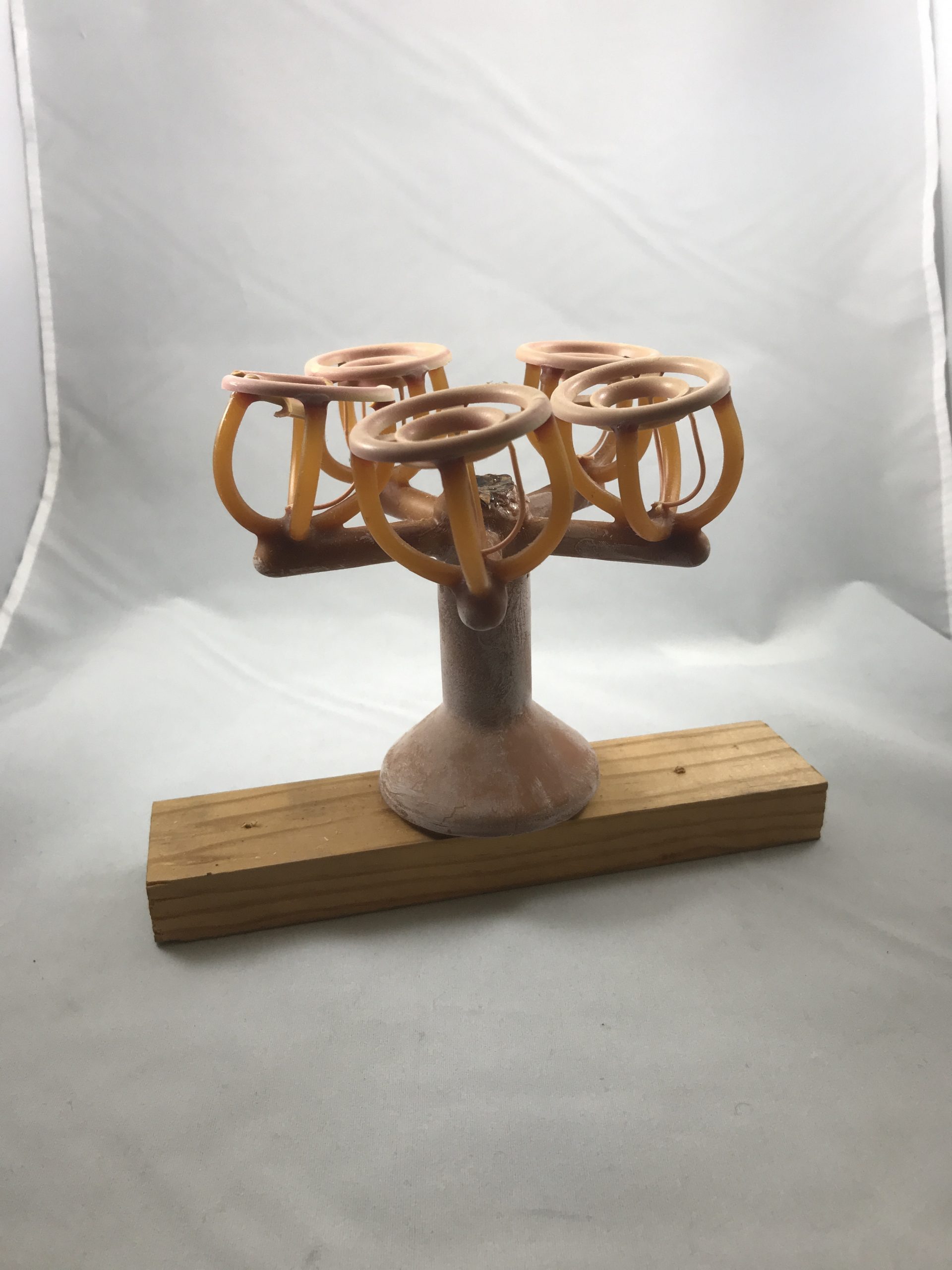